Eastalnd Mall January 2013 Charlotte Eastland mall, Development began on a shopping center in east Charlotte in the early 1970s Additionally, the mall included an outparcel convenience center with a Harris Teeter grocery store. Miller & Rhoads had a small specialty store at the mall, which was closed in 1986.[7] In the early 1990s, Ivey's became Dillard's and the store expanded, and the mall's interior was renovated and updated as well.
Decline: 1990s-2010
Demographic changes

By the late 1990s, Eastland Mall's image and physical appearance began to degrade. Adding to the retail shift in Charlotte, demographic changes and ethnic shifts to the surrounding areas have changed the retail makeup of the mall. Crime rates also increased around the mall.[8] In late 2005 there was a shooting inside the mall near the Gourmet Gardens food court and also a shooting outside in the parking lot. Another shooting took place in 2006 near the food court. A bullet smashed one of the glass doors and one person was shot.[9]

Mall and city officials cited "a perception of crime" that scared patrons away as opposed to actual crime happening every day.
The Mall was demolished in 2013. the City bought the property and is considering what to do with it. 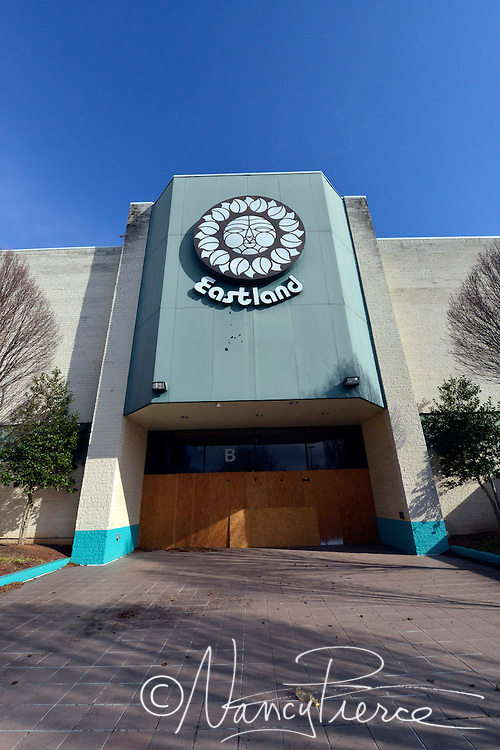